Top 1 | Trump cancels special treatment to HK, pulls U.S. out of WHO At the same time, Trump announced that the U.S. will be 'terminating' its relationship with the World Health Organization (WHO), saying the group is unfairly biased towards China. He claimed the WHO also failed to make proper coronavirus-related reforms. 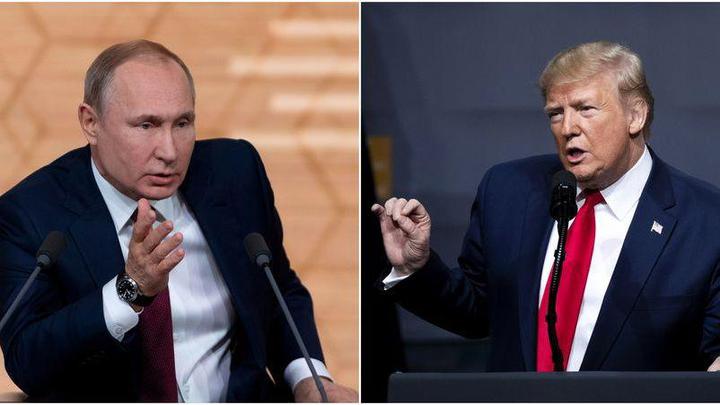 Russian President Vladimir Putin had a phone conversation with his U.S. counterpart Donald Trump at the initiative of the U.S. side, discussing issues related to the Group of Seven (G7) Summit and oil markets, the Kremlin said Monday.

"Trump informed Putin about his idea of holding a G7 summit with the possible invitation of the leaders of Russia, Australia, India and South Korea," it said in a statement.

The importance of enhancing the bilateral dialogue on strategic stability and confidence-building measures in the military sector was noted. Outrage over the death of unarmed African American George Floyd at the hands of police in Minneapolis has been growing across the United States, and now, beyond.

Floyd, 46, died after a white police officer knelt on his neck for almost nine minutes until he stopped breathing.

In a video footage, the victim was heard saying "I can't breathe" while three other police officers stood by. A cyclone made landfall Wednesday south of India's financial capital of Mumbai, with a storm surge threatening to flood beaches and low-lying slums as city authorities struggled to contain the coronavirus pandemic. The report builds on previous findings by Hennepin County medical examiners, who concluded that George Floyd’s heart stopped beating after police restrained him and compressed his neck during arrest.

George Floyd was a coronavirus survivor, according to his full autopsy report released on Wednesday by the Hennepin County Medical Examiner’s Office.

A nasal swab conducted during the autopsy revealed that Floyd had no lung damage and was likely an asymptomatic carrier of the new coronavirus. He was known to be positive for the virus on 3 April, the examiners said.

A Belgian prince has tested positive for the coronavirus after attending a party which broke Spanish restrictions, both Belgian and Spanish authorities confirmed on Sunday.

Prince Joaquin, who is tenth in line to the Belgian throne, attended a party in Cordoba in southern Spain on May 26, two days after arriving in the city to start a job.

The Spanish El Pais newspaper reported that 27 people were at the party, 12 more than the maximum of 15 people currently allowed to meet under the restrictions in place in the Autonomous Community of Andalusia. Several American media outlets reported that U.S. President Donald Trump was briefly taken to an underground bunker on Friday during protests outside the White House over the death of George Floyd, the black man killed in police custody in Minneapolis last week.

As hundreds of people gathered on Friday afternoon across the street in Lafayette Square Park, some threw rocks and tugged at police barricades just outside the executive mansion. The European Central Bank (ECB) is pumping an additional $675 billion into its Pandemic Emergency Purchase Programme (PEPP) as it tries to cushion the economic and financial fallout from the COVID-19 pandemic.

The sum is considerably higher than the amount predicted by economists and brings the fund's total to more than $1.5 trillion, with the ECB leaving the door open for further stimulus.

At a press conference following the announcement, ECB president Christine Lagarde said the euro area economy is "experiencing an unprecedented contraction" caused by an abrupt drop in economic activity. 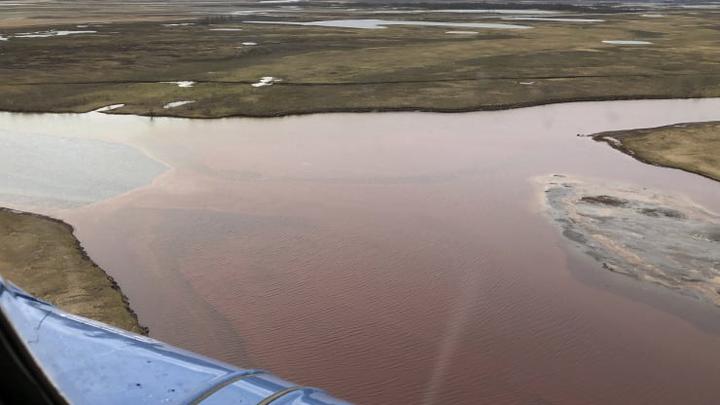 President Vladimir Putin has declared a state of emergency in a region within the Arctic Circle in far northern Russia after 20,000 tons of oil leaked into a river from a power plant.

The spillage occurred on May 29 when the “oil products” leaked from a tank in an industrial plant operated by a subsidiary of Norilsk Nickel, the world’s largest producer of palladium and one of the largest producers of nickel, platinum and copper.

“The accident took place at the industrial site of the Nadezhdinski Metallurgical Plant, and part of the spilled petrochemicals, a considerable amount actually, seeped into the Ambarnaya River,” Putin said as he discussed the incident with officials on Wednesday, according to the Kremlin. He questioned the measures being taken to clean up the fuel leak that took place near the city of Norilsk in the Krasnoyarsk region, within the Arctic Circle. The death of Floyd, caused by his arrest, resulted in protests and violent riots across the US, as at least 23 states and Washington DC activated the National Guard in order to curb the unrest and stop escalating clashes in the major cities.

British PM Boris Johnson has addressed the protests in the US, stating that George Floyd's tragic death was "inexcusable" and that he understands people's right to protest.

"I think what happened in the United States was appalling, was inexcusable, we all saw it on our screens, and I perfectly understand people's right to protest. I also believe that protests should take place in a lawful and reasonable way", the politician stated.

US envoy forges ahead with troubled Taliban peace deal Jun 06,2020