Former President Barack Obama is hitting the campaign trail on behalf of Joe Biden and Sen. Kamala Harris next week in Philadelphia, Pennsylvania -- his first in-person campaign travel of the cycle coming as the race enters the pivotal final stretch.

While Obama has participated in several fundraisers on behalf of Biden's campaign and gave a prime time speech during the Democratic National Convention in which he excoriated President Donald Trump over his handling of the coronavirus pandemic and extolled Biden's leadership, his trip to Philadelphia next weeks marks a new phase of his advocacy for the Democratic ticket. 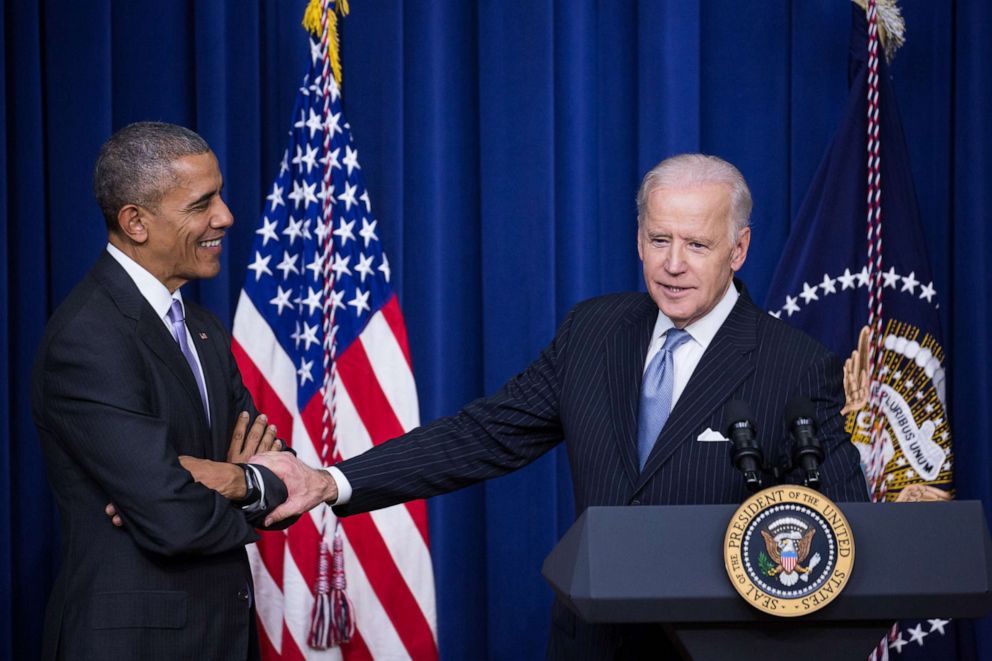 In choosing Pennsylvania as the state where Obama will make his reemergence back onto the physical campaign trail, Biden's team is also signaling how critical it thinks the Keystone State will be to unseating Trump, who carried it by just under 45,000 votes in 2016.

The former president has not campaigned in-person in key battlegrounds states so far, largely due to the greatly reduced in-person footprint the former vice president's team has stuck to amid the ongoing pandemic.

Despite the pared-back on-the-ground presence, Democrats have remained eager to include the widely popular Obama in their messaging as they look to increase turnout, especially with most states already in the process of voting.

Earlier this week, the Democratic National Committee also released a video featuring Obama that encourages voters to learn about their options for voting with state-specific videos across 24 states, including key battlegrounds.

"So much is at stake in this election — from getting the pandemic under control to building a fairer economy to taking on climate change to protecting our health care," Obama says in the video. "History shows that the easiest way to make sure that you and your friends vote is to make a plan. And when it comes to voting this year, having a plan has never been more important."

Asked about Obama's involvement on Tuesday as he was boarding his campaign plane en route to Florida, Biden told reporters that he believes his former boss is "doing enough" to support his campaign.

"He’s doing enough for our campaign, he’ll be out on the trail, and he’s doing well," Biden said on the tarmac in New Castle, Delaware.