The threat of mass postponements facing sports events worldwide intensified on Monday with England's Premier League and America's NFL and NBA among major competitions hit by the new coronavirus variant Omicron. In its latest report, the Premier League announced 42 new positive COVID-19 cases among club players and staff in the past week, marking the highest figure recorded over a seven-day period since the release of testing results began in May last year. Manchester United, Tottenham, Leicester City, Aston Villa, Brighton and Norwich have all confirmed coronavirus cases. The Premier League has no choice but to postpone United's away game at Brentford on Tuesday night after the Red Devils were forced to close first-team operations at their Carrington training complex due to a massive outbreak. 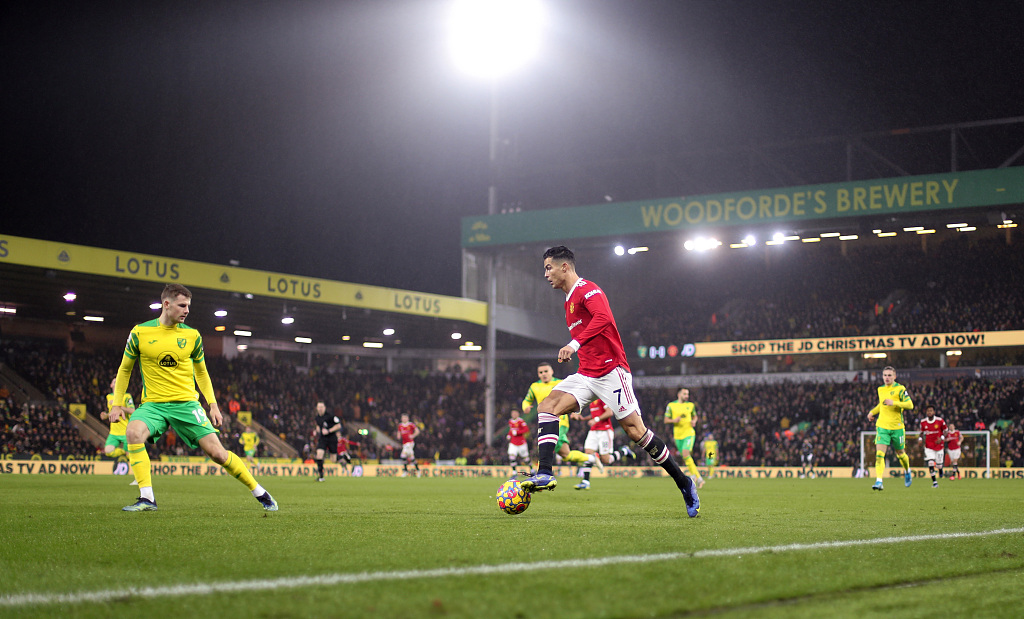 A statement from United on Monday night read, "Given cancellation of training and disruption to the squad, and with the health of players and staff the priority, the Club requested the match to be rearranged. "The Premier League Board took the decision to postpone based on guidance from medical advisors. Manchester United regrets the inconvenience caused to Brentford FC and to the fans of both clubs by COVID-19." Tottenham have already had their matches against Rennes and Brighton postponed due to an virus outbreak in their squad, while in the Championship, Sheffield United's match against QPR on Monday was also called off.   Premier League clubs are fearful that the rapid spread of the Omicron variant could force mass postponements, which would be a huge problem for organizers particularly ahead of the congested Christmas calendar. 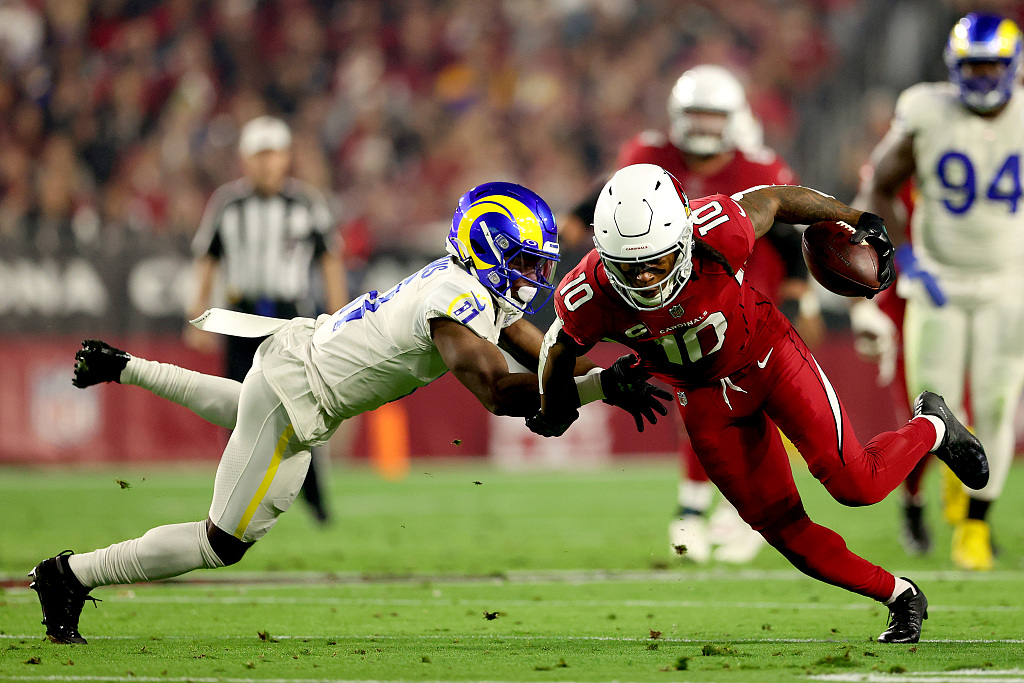 DeAndre Hopkins (R) of the Arizona Cardinals carries the ball as Darious Williams of the Los Angeles Rams defends in the first quarter of their NFL game at State Farm Stadium in Arizona, U.S., December 13, 2021. /CFP

Elsewhere, the NFL also fell victim to COVID-19 as it reported 37 positive tests across the league on Monday, the largest single-day number since the pandemic began. According to ESPN, Los Angeles Rams cornerback Jalen Ramsey and tight end Tyler Higbee were among dozens of players who returned positive test results, ruling them out of Monday's crucial game against the Arizona Cardinals. Other players who have tested positive include Miami Dolphins running back Phillip Lindsay, Dallas Cowboys wide receiver Cedrick Wilson and Kansas City Chiefs receiver Josh Gordon. Under NFL rules, unvaccinated individuals who test positive for COVID-19 must isolate for 10 days away from the club facility. Fully vaccinated individuals may return to team facilities once they have received two consecutive negative PCR tests taken at least 24 hours apart and have been asymptomatic for 48 hours. 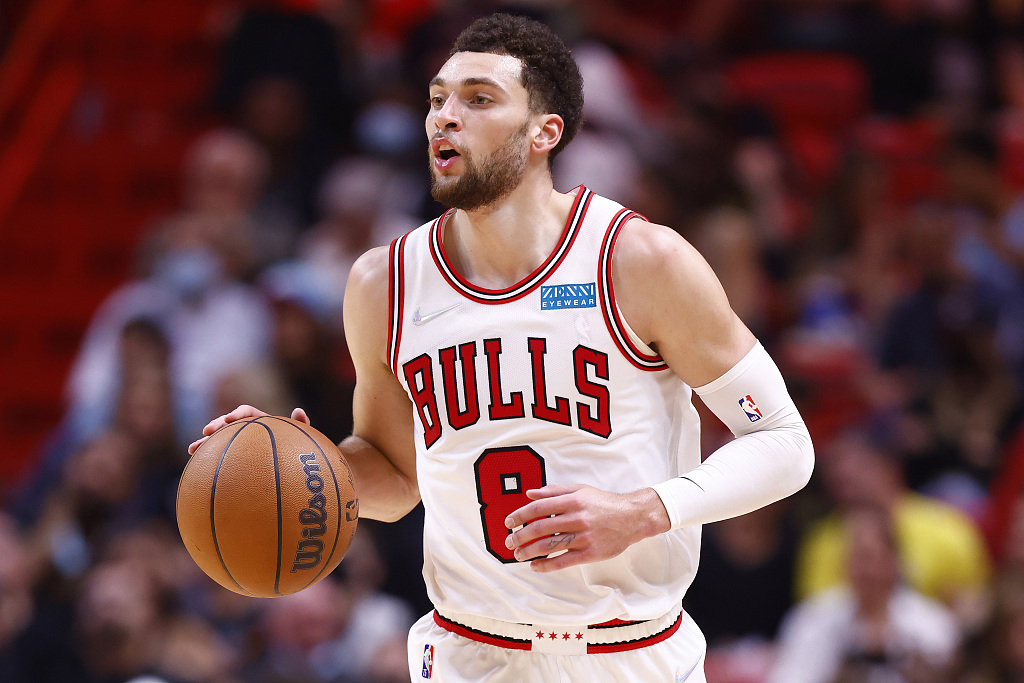 Zach LaVine of the NBA's Chicago Bulls dribbles up court against the Miami Heat at FTX Arena in Florida, U.S., December 11, 2021. /CFP

Meanwhile in the NBA, it was confirmed on Monday that Chicago Bulls' game against the Detroit Pistons on Tuesday and Thursday's clash with the Toronto Raptors had both been called off due to COVID-19.  The league said in a statement that 10 Bulls players were currently unavailable after entering COVID-19 health and safety protocols, while "additional staff members" were also unavailable. Last season, the NBA postponed 31 games due to coronavirus, but Monday's decision marks the first time that games have been called off in this campaign.

APD | Denial of the right of self-determination to Kashmiris by India is a heinous crime Dec 14,2021