Wu Lei provided the buoyancy and Wu Xinghan the ruthlessness in front of goal on Monday night as China clinched the victory they needed to strengthen their hopes of advancing to the third round of Asian qualifiers for the 2022 Qatar World Cup.

The Philippines provided more of a challenge than hapless Guam in China's 7-0 win in Suzhou last month, but it was closer than it should have been. Li Tie's side were superior throughout and should have been clear long before Wu Lei's third goal in two matches calmed the nerves and put them on course to finish as one of the best runners-up.

China were rampant in the early stages of the strained encounter and Wu Lei was heavily involved in the final third, but they needed something to lift the tension and the signs were encouraging when Wu Lei raced towards the Philippines area after spinning away from defenders, but the Espanyol striker dragged the effort wide. 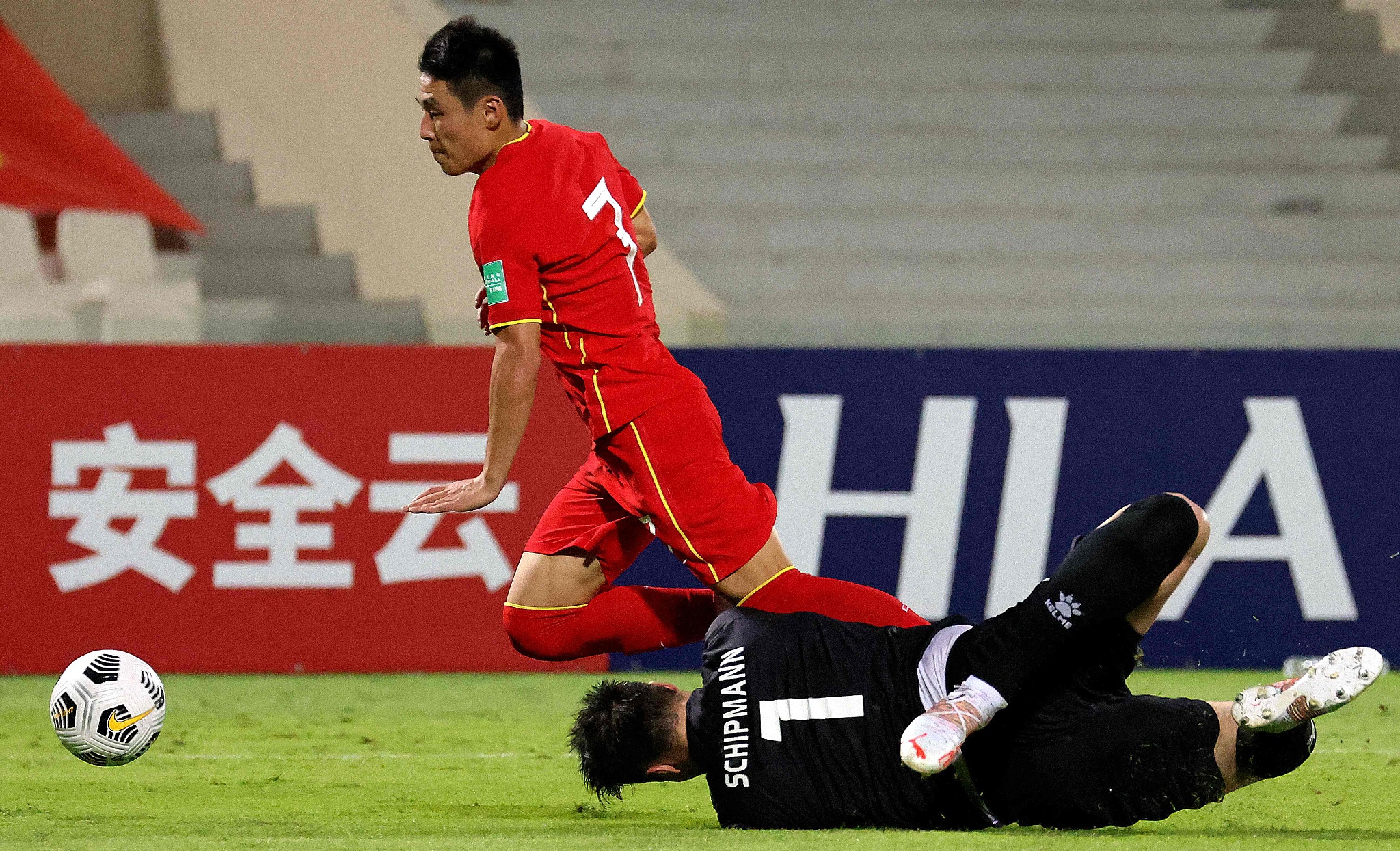 China's Wu Lei (L) is brought down by Philipines' goalkeeper Bernd Schipmann during their 2022 World Cup qualifier at the Sharjah Football Stadium in Sharjah, the United Arab Emirates, June 7, 2021. /CFP

Aided by the excellent movement of Wu Lei, Ai Kesen was full of positive intent and it seemed that his moment had arrived when he finished expertly after receiving a pass from the indefatigable Zhang Linpeng, only for the goal to be ruled out for a negligible foul.

China's breakthrough came after 53 minutes and it was no surprise that Wu Lei was the man to open the scoring after Team Dragon had struggled to break down a resilient Philippines defense. The 29-year-old's trickery drew a foul from goalkeeper Bernd Schipmann in the penalty area and he coolly put China one up from the spot.

Nine minutes later, Li Tie's men produced another moment of class: Tang Miao's darting run deceived the Philippines defensive line and his precise delivery from the right was inch-perfect for Wu Xinghan, who side-footed a brilliant shot into the left corner of Schipmann's goal from a tight angle. 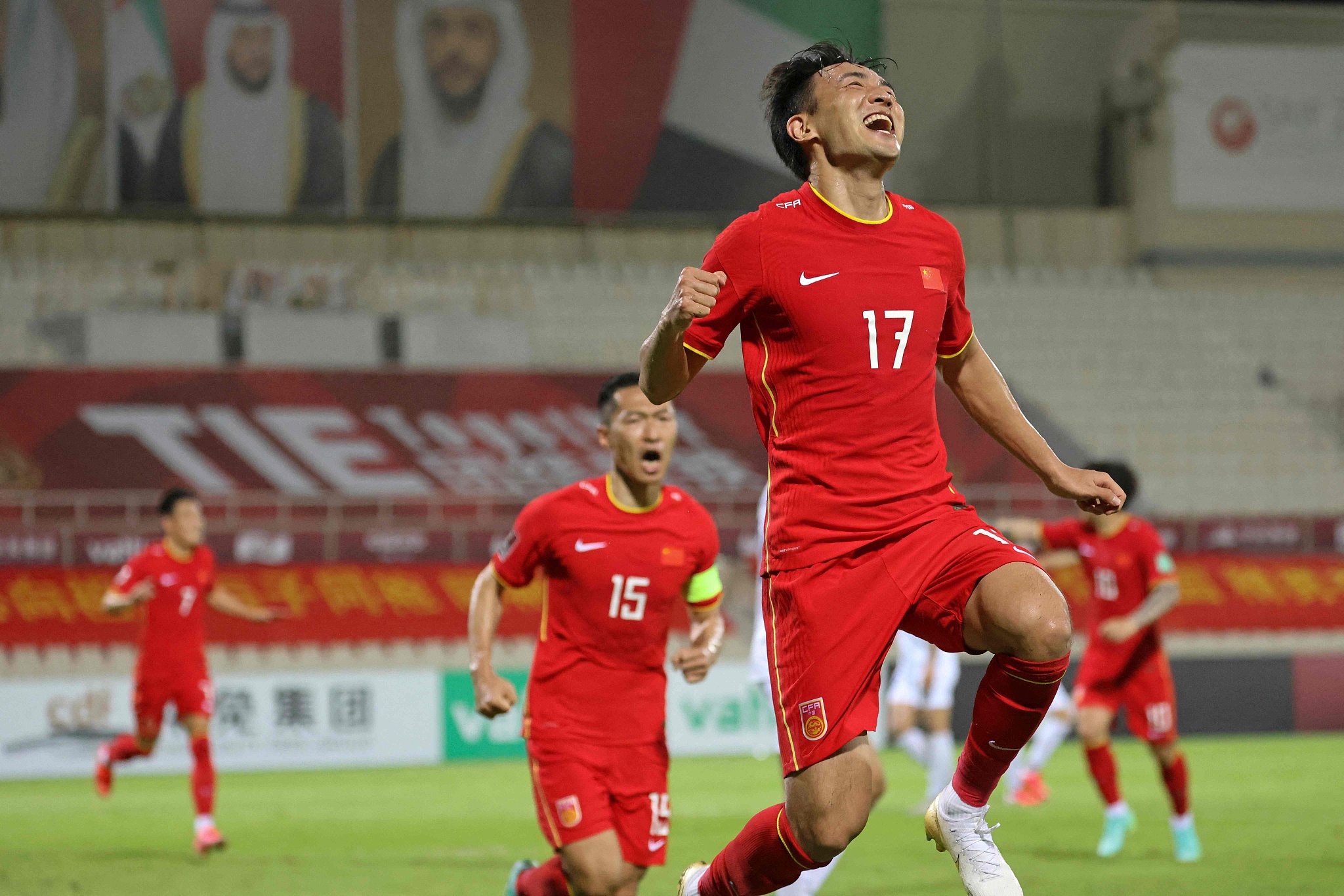 China's Wu Xinghan scores a wonder goal from a tight angle during their 2022 World Cup qualifier at the Sharjah Football Stadium in Sharjah, the United Arab Emirates, June 7, 2021. /CFP

China certainly had enough of the ball to finish with a much more emphatic scoreline, but Wu Lei insisted the hard-fought 2-0 victory was a promising outcome.

"Coming from Suzhou to Dubai, we had met a lot of difficulties, and to win in this situation ultimately relied on willpower, and everyone of us was well prepared," observed China's topscorer, who was named man of the match for his flawless display against the Philippines.

"More important than me scoring goals, our defenders did a fantastic job. Everyone in the backline played to ensure we didn't concede any goals, which is something to be proud of," he added. 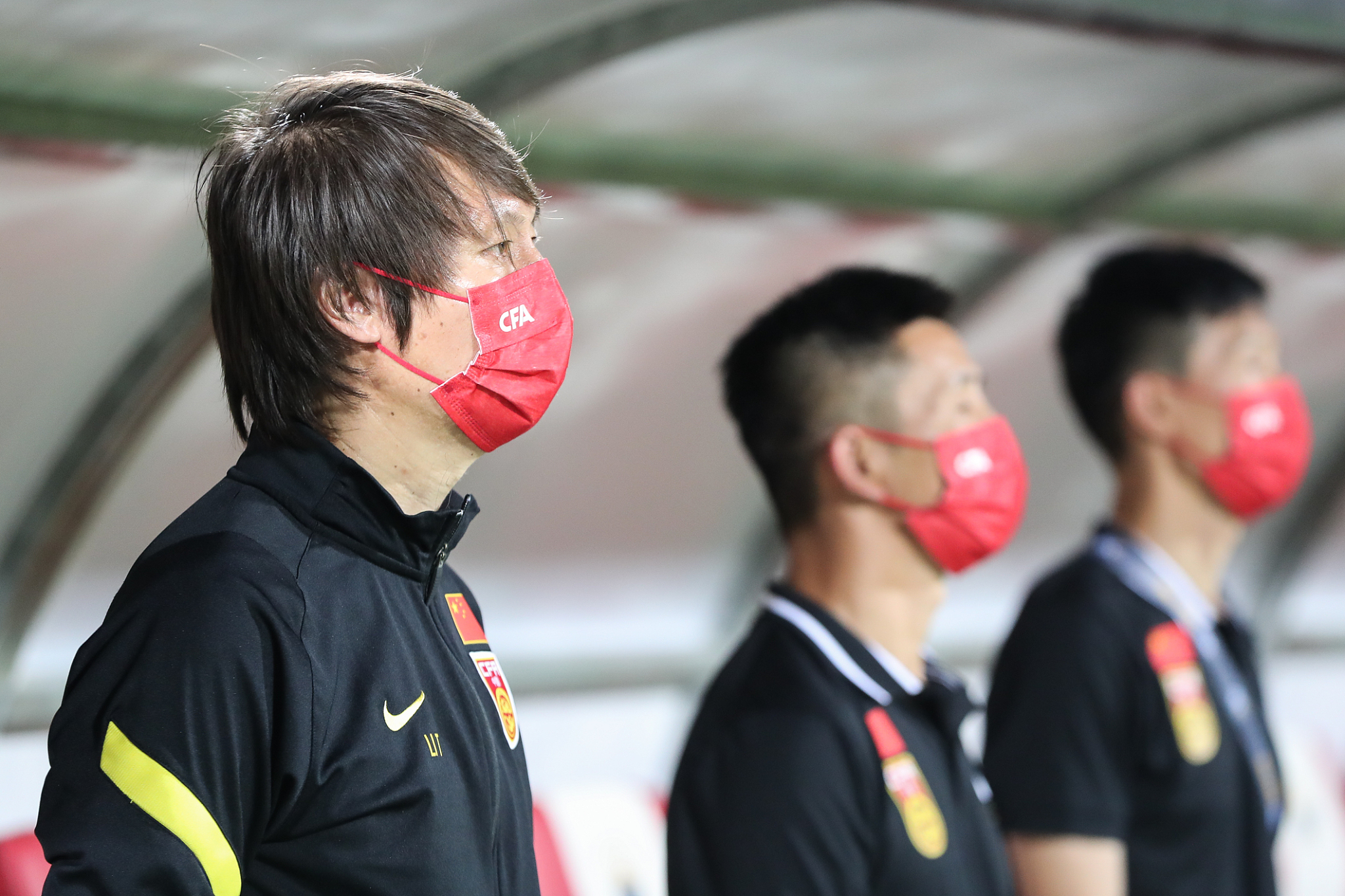 It was the fifth clean sheet for Li Tie's side in their last six World Cup qualifiers. This performance, in the final analysis, was efficient as opposed to spectacular, but Li can be satisfied with three points, although anything less would have prompted serious inquest.

The more accurate measure of where China's current rate of progress stands will come when they face group leaders Syria, who joined Japan as the second team to qualify for the third round after a 3-0 win over Guam on Monday.

Whoever takes HK as a tool to curb China is HK's real enemy: Official Jun 08,2021

The One Big Question About Trump’s DoJ Spying on Dems Jun 08,2021