Jiangsu Suning held Guangzhou Evergrande to a scoreless draw in the first leg of the 2020 Chinese Super League (CSL) finals on Sunday.

The two teams met twice in the regular season, winning one game each. The last period of the CSL was played in a tournament format amid the COVID-19 pandemic, giving Suning a chance of grabbing the CSL trophy for the first time in its history.

Guangzhou Evergrande dominated the early stage of the match. Wei Shihao almost gave the defending champion the lead in the sixth minute, but his close range shot went wide.

In the 11th minute, Zheng Zhi thought he'd won a penalty, but it was ruled out by the VAR. The 40-year-old veteran then withdrew from the game in the 32nd minute through injury, and was replaced by Huang Bowen. 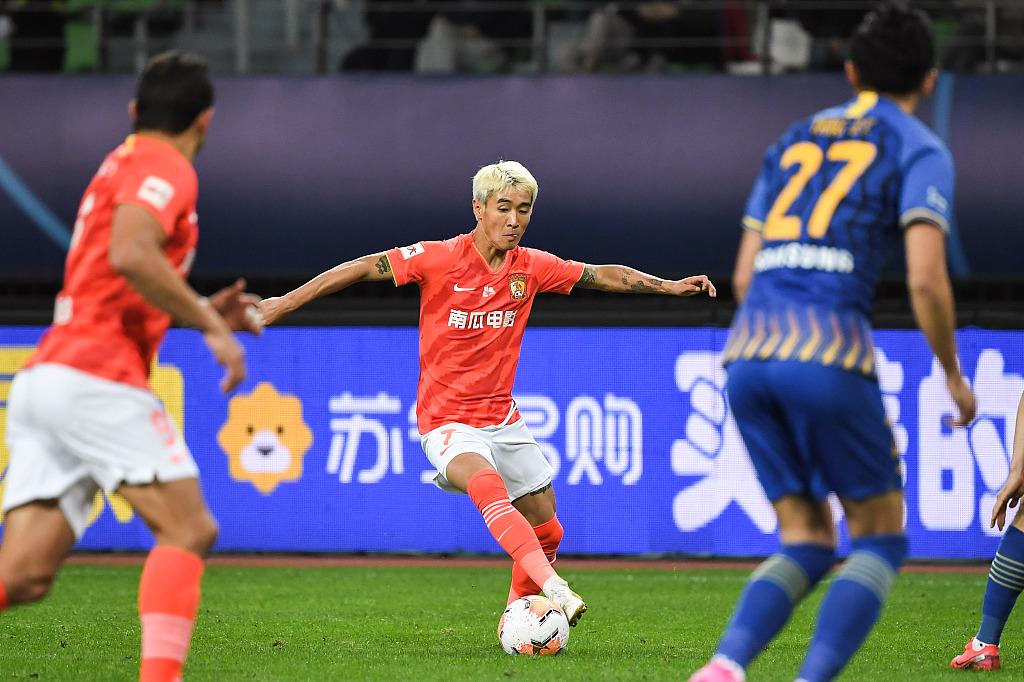 Guangzhou Evergrande created and missed some chances before the half time whistle. The Chinese football powerhouse dominated possession with 59 per cent of the ball in the first half.

Former Itay international Eder,suffered a knee injury and was replaced by teammate Ivan Santini in the 79th minute.

Although Guangzhou Evergrande threw on all three substitutes before the final whistle, neither team could find the winner in 90 minutes.

The two sides will face off in the second leg and season decider on November 12.