The streets of Paris and eight other French cities were deserted on Saturday night on the first day of the government-imposed 9 p.m. curfew that is scheduled to last for at least four weeks.

The measure was announced by French President Emmanuel Macron to curb the resurgent coronavirus as new infections peaked to over 30,000 a day. Macron said the curfews were needed to stop local hospitals from becoming overrun.

In France, nearly 20 million people are covered by the curfew and eerily deserted scenes were observed in Marseille, Lyon, Lille and Toulouse as well. The curfew runs until 6 a.m. daily. The country is deploying 12,000 extra police officers to enforce the new rules. 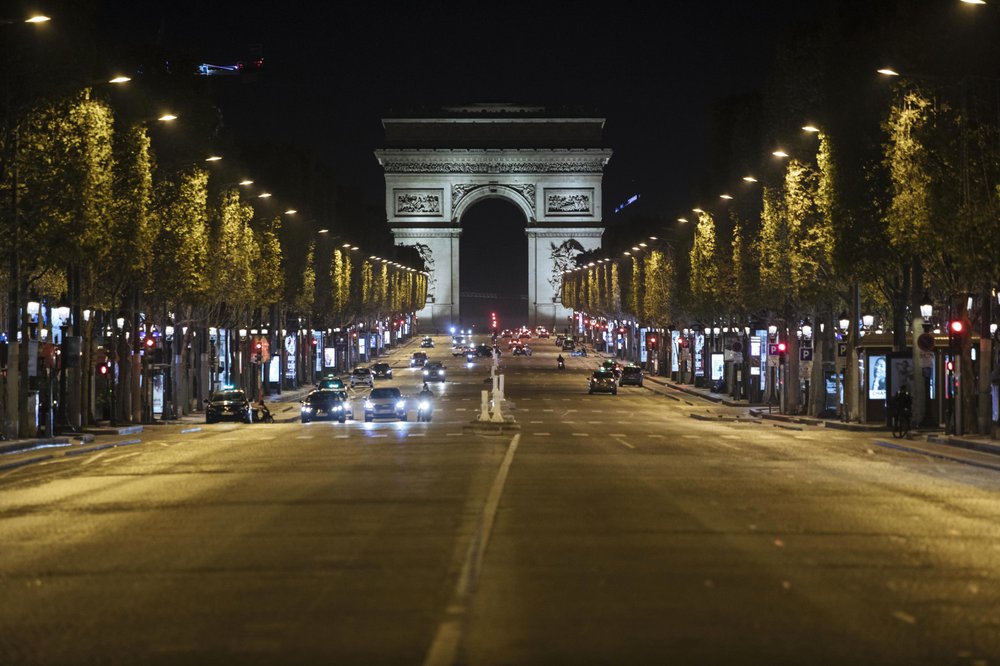 Many bars and restaurant owners have bristled at the order. An earlier months-long lockdown to combat the spread of coronavirus in the spring devastated the sector.

“I have the right to question the government’s approach. I think it’s a catastrophic measure for the industry,” said Xavier Denamur, who owns Les Philosophes and several other bistros in Paris’s chic Le Marais district.

Denamur said the curfew should not start before 11 p.m.

“At least that would not destroy us,” he said. “There’s no evidence that this difference of a couple of hours will have any effect on the virus circulating.”

France has seen over 33,300 confirmed deaths in the pandemic, the fourth-highest death toll in Europe.

Brexit in limbo: UK says there is no point talking until EU gets serious Oct 19,2020