F1 world champion Lewis Hamilton, U.S. Open champion Naomi Osaka and American football star Megan Rapinoe were among the athletes named in Time magazine's list of the world's 100 most influential people this year. The 35-year-old Hamilton, who is on course for a record-equaling seventh world title, has been an outspoken advocate of ending racism and played an important role in the push to promote the Black Lives Matter movement. As the only black driver in F1, Hamilton believes the issue of racism is not being taken seriously and urged more action from the FIA, the governing body for world motorsport. "My dream is by the end of the year we know and understand things better, we stand united, and F1 is on top of it," he said. 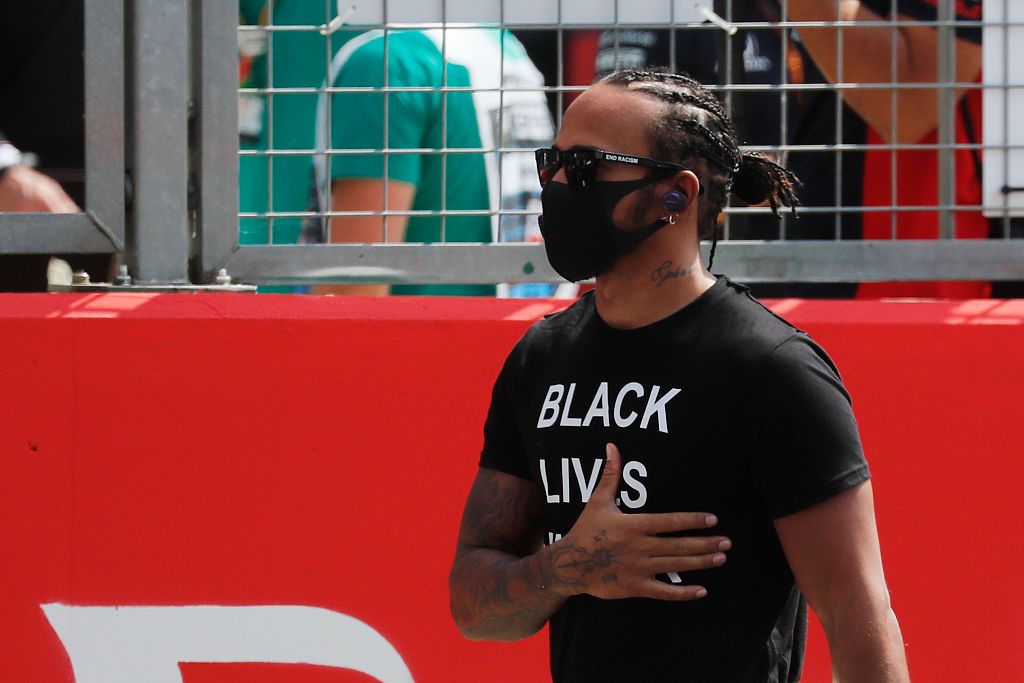 Hamilton was not only talking the talk. He has frequently been the only driver on the grid to take a knee while wearing a Black Lives Matter T-shirt. Back in June, he even participated in an anti-racism demonstration in London after the killing of George Floyd. "Lewis' mental preparation, his aura, his ability to capitalize on every opportunity to use his platform to drive out racism are more than just a model for race-car drivers and other athletes. He's an inspiration for everyone," said NASCAR driver Bubba Wallace, who penned Time's profile of Hamilton.

The same commitment to tackling racism is also shared by Osaka, who chose to boycott her Western & Southern Open semi-final following the tragic shooting of Jacob Blake. She then wore a mask bearing the name of a different Black American before each match at the U.S. Open, in a high-profile attempt to support the fight against racial injustice. 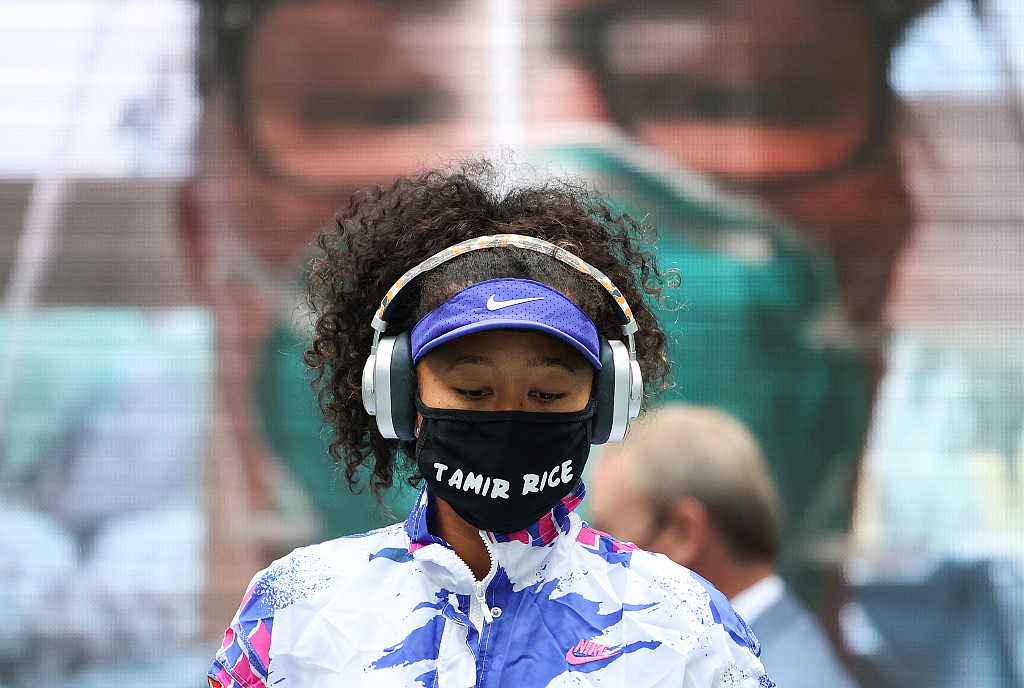 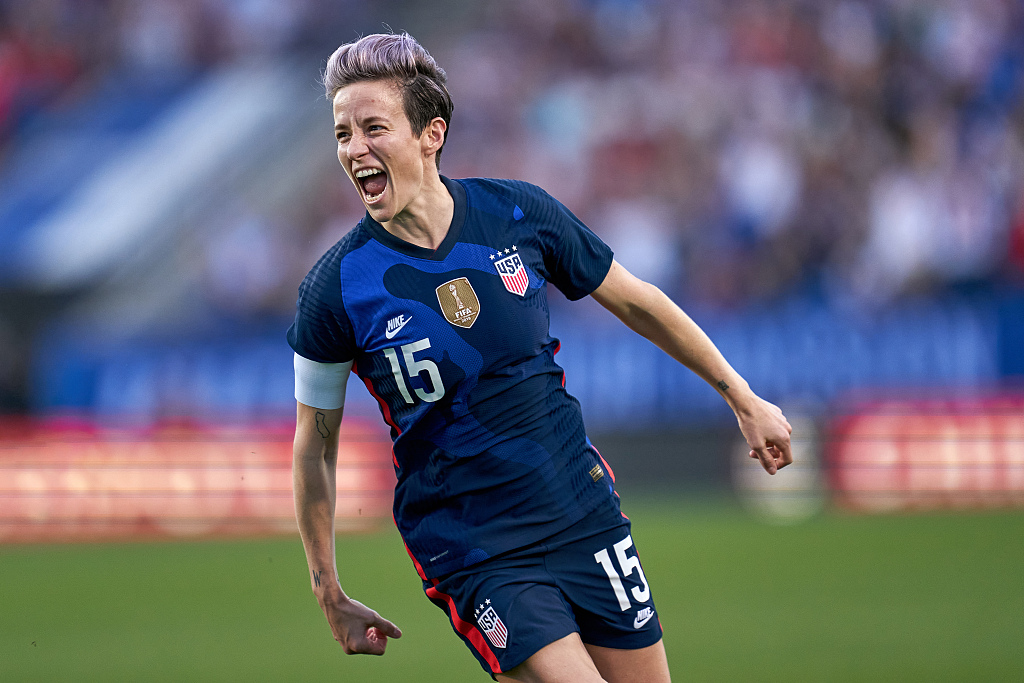 The same could be said for Rapinoe, who earned FIFA's 2019 Women's Ballon d'Or after leading the U.S. to their second straight World Cup victory. The 35-year-old was the first American player who took a knee on the sidelines before a national team game in support of NFL quarterback Colin Kaepernick's protest of racism and police brutality. She also regularly takes to social media to push for gender pay equity, marriage equality and LGBTQ rights. "We have a unique opportunity in football different to any other sport in the world to use this beautiful game to actually change the world for better," Rapinoe said in a recent interview. "That's my charge to everyone." 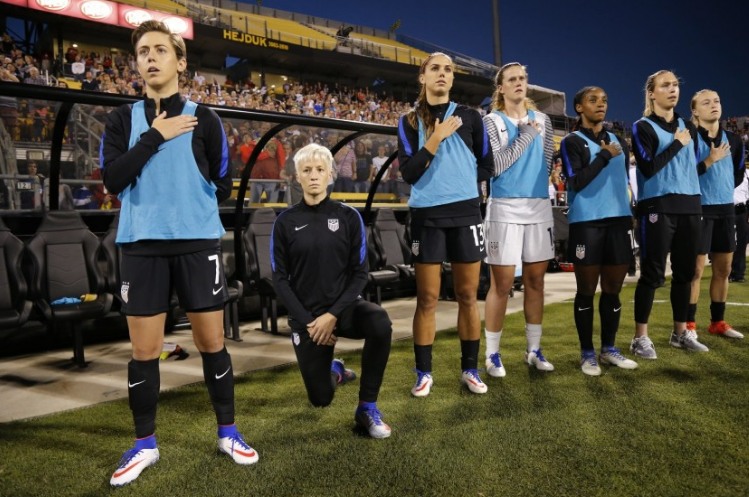 U.S. star Megan Rapinoe kneels during the playing of the national anthem before their match against Thailand, September 15, 2016. /VCG

Writing for Time, Kirsten Gillibrand, a Democratic Senator from New York beamed: "In an era where many demand that athletes 'stick to sports,' Rapinoe – a proud feminist and an out gay advocate – refuses to be silenced. Some critics are threatened by her boldness and power. Millions of her fans around the world – and I count myself one – are inspired." "Megan Rapinoe fearlessly uses her voice to make the world a more equal place. No matter your politics, ethnicity or gender, that's something we should all celebrate," she added.