A top Venezuelan official signaled on Saturday that talks between the government and the opposition in Mexico City aimed at resolving the country's long-standing political crisis have yielded "partial agreements." "We have been working mainly on partial agreements, especially those related to serving the people of Venezuela," President of Venezuela's National Assembly Jorge Rodriguez, who was leading the government delegation, told reporters. But officials provided no information on the nature of the agreements and a source in the opposition delegation told AFP that "so far nothing has been agreed." Venezuelan President Nicolas Maduro in July agreed to enter into political dialogue in Mexico with the opposition on three conditions, including that all the participating political sectors renounce violent plans, all U.S.-led sanctions against Venezuela cease immediately, and the radical right-wing opposition recognize the authority of all Venezuelan state institutions.The government is "very attentive" to all the economic guarantees that have been "wrested, blocked, stolen, withdrawn from the people of Venezuela," Rodriguez said, adding that Maduro seeks a partial if not total lifting of sanctions in exchange for concessions to the opposition. 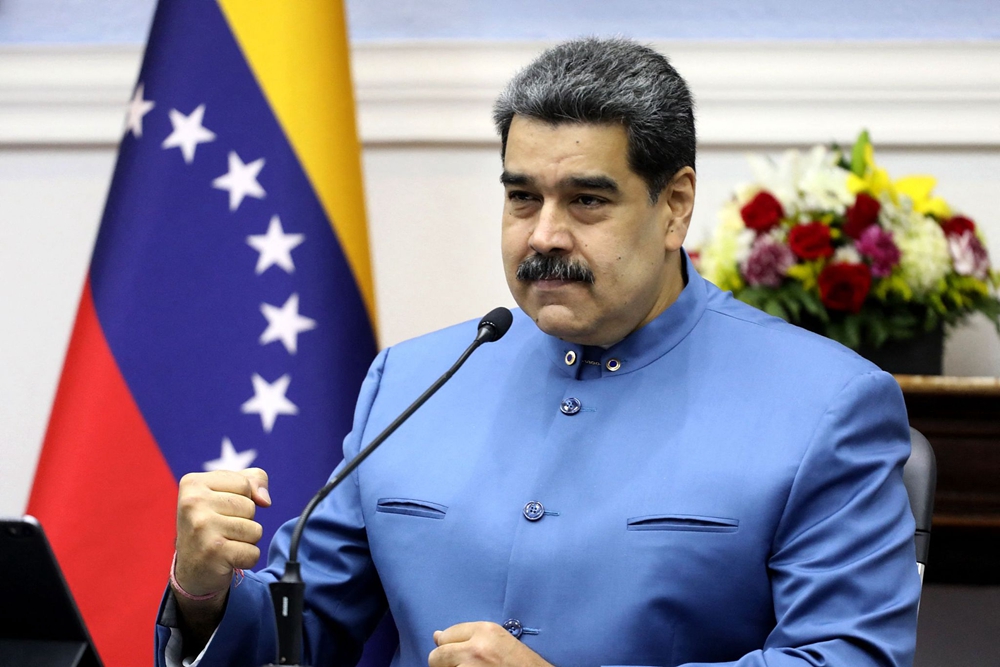 Venezuelan President Nicolas Maduro speaks during a meeting with members of his cabinet in Caracas, Venezuela, August 20, 2021. /CFP

The main opposition alliance headed by Juan Guaido reversed course this week when it announced that it would end a three-year election boycott and take part in mayoral and gubernatorial polls in November. Venezuela's National Electoral Council (CNE) said on Friday that the ongoing talks are an expression of the country's sovereignty and independence."Dialogue, political understanding, peace, diversity and pluralism define these negotiations," the CNE said in a statement, noting that they are "essential values" of Venezuela's national life.Venezuela was thrust into a deep power struggle in January 2019 when Guaido, the leader of the National Assembly that was controlled by the opposition at the time, proclaimed himself "interim president" of Venezuela, arguing Maduro's 2018 re-election was illegitimate. The United States, which supported Guaido, expanded sanctions on Venezuela.Previous rounds of negotiations between the government and the opposition held in recent years have failed to resolve the crisis in the Latin American country.

APD | Denial of the right of self-determination to Kashmiris by India is a heinous crime Sep 06,2021