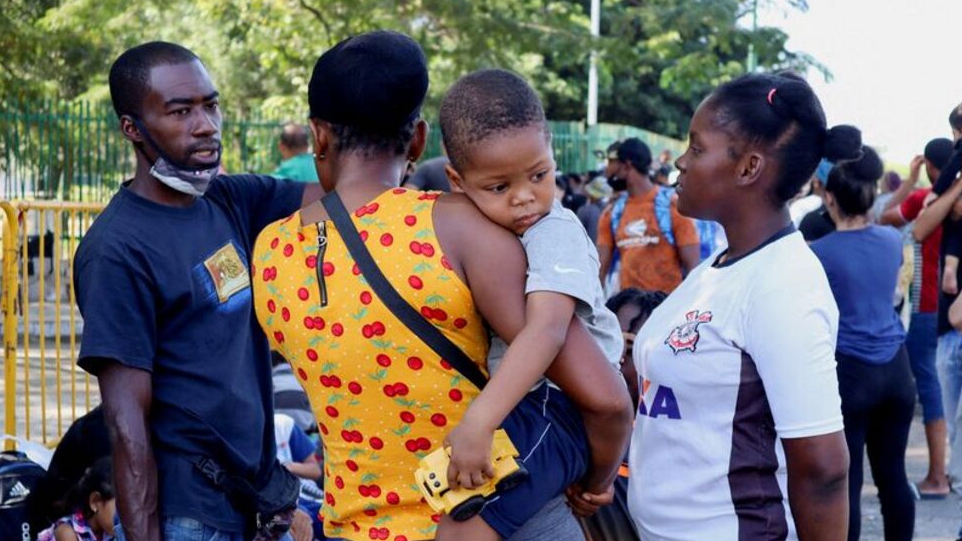 Haitian migrants line up as they wait for a QR code to register their migratory situation, in Tapachula, in Chiapas state, Mexico, December 29, 2021. /Reuters

The number of asylum applications in Mexico nearly doubled in 2021 from two years earlier, the head of the country's commission for refugee assistance said on Monday, with most applications being from Haitian and Honduran migrants.

When compared to 2019, the 131,448 applications mark an increase of 86.84 percent, according to the Mexican Commission for Refugee Assistance (COMAR).

"By far the main nationalities (who requested refuge) were Haitians and Hondurans," said Andres Ramirez, the head of COMAR, adding that Cubans were a distant third.

In the previous two years, most applications were filed by Honduran migrants.

Some 72 percent of those who applied for asylum in 2021 received a positive response, Ramirez said. Another 2 percent were also granted complementary protection.

Central American migrants fleeing violence and poverty in their home countries have long been crossing Mexico on their way north towards the U.S. border but in recent years, more and more migrants have applied for asylum in Mexico.