This year marks the 25th anniversary of Hong Kong’s return to motherland as well as the 25th anniversary of the implementation of the great principle of ‘one country, two systems’. Hong Kong has maintained a stable and sound development since its return. With the motherland as a strong backing, Hong Kong has quickly emerged from the SARS epidemic in 2003 and the financial crisis in 2008, and it will capitalize on the new opportunities brought about by the development of the Greater Bay Area.

Over the past decade or so, mainland China has developed rapidly, continuously investing in infrastructure construction, witnessing the emergence of a large number of new economies like the Internet economy, and embracing the return of numerous young talents. Today, as the world’s second largest economy, China is gradually narrowing the gap with advanced countries and regions.

Therefore, I think that when we talk about or evaluate the development of Hong Kong in recent years, we should not only do it objectively and independently, but also recognize the fact that the gap between some cities in mainland China and Hong Kong is narrowing in a larger environment. 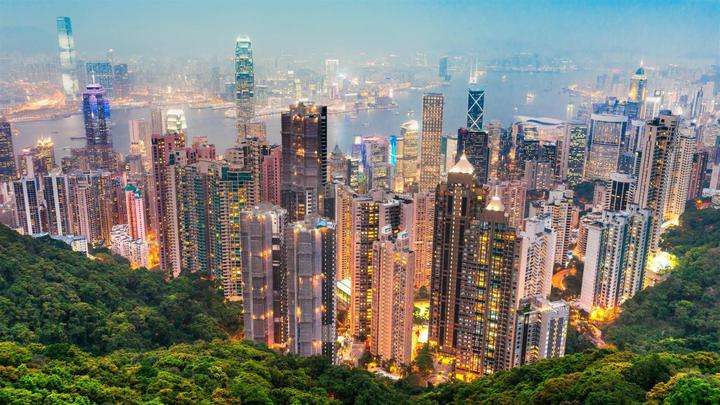 As the ‘Pearl of the Orient’, Hong Kong owns its beauty and splendor to specific times and unique geographical positions. We should not belittle its development just because of the rapid development of some cities in the mainland in the short term, nor should we excessively promote its unique role in the entire East Asia region under special historical conditions.

Times create heroes, and the heroes influence their times. The achievements and legends of Hong Kong are closely related to generations of hard-working Hongkongers under ‘the Lion Rock’ and the supports of mainland China.

Any attempt to separate Hong Kong from mainland China in blood, culture and heritage is one-sided and partial. Faced with major changes unseen in a century, we need to and should look at history and the future with a grander view of history and a broader mind.

The Greater Bay Area strategy is an international strategy of the Chinese government which plans and drives the entire Bay Area in the form of ‘point-line-surface’. This is not only a national strategy, but also an inevitable trend of our times. It has been over 40 years since the implementation of the Reform and Open Policy in mainland China, and Hong Kong and Macao have been returning to motherland for more than 20 years. Guangdong, Hong Kong and Macao, which stem from the same blood and culture, have integrated with each other in the past decades of development.

After years of international construction, Hong Kong and Macau now have world-class teams, service and business environment. Particularly, as an international financial center, Hong Kong’s influence on the international capital market must contribute to the development of the Greater Bay Area. For more than 40 years, Guangdong has formed a mature and complete industrial chain in the course of reform and opening up. The dual cores of Shenzhen and Guangzhou, which have their own distinctive development characteristics, have the world’s top innovation capabilities and are strongly driven by over 70 million citizens from 9 cities including Foshan, Dongguan and Zhuhai. The Greater Bay Area, with its population, technology, finance, industrial chain, transportation and logistics are closely connected, must have a boundless prospect. We have high expectations for the development of the Greater Bay Area.

Hong Kong's new chief executive, Lee Ka Chiu John, will take office on July 1. He was elected in accordance with the Basic Law and was formally appointed by the central Chinese government. He is trusted by his people and we have no reason to doubt him. We expect that under the leadership of Chief Executive Lee and his team, Hong Kong can continue to develop the ‘Lion Rock Spirit’, make the best of its internationalization and specialization as well as its status as an Asian financial center, seize the opportunity of the Greater Bay Area development strategy, and work together with Guangdong, Macao and other cities in mainland China, to make the ‘Pearl of the Orient’ brighter!