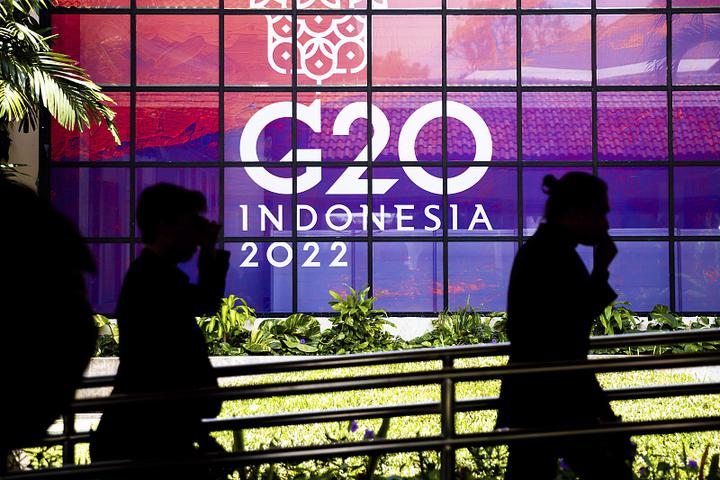 The 17th G20 Heads of State and Government Summit kicked off in Indonesia's Bali on Tuesday with issues pertaining to world economic recovery, world health systems and climate change taking the center stage.

Addressing the opening ceremony of the summit, Indonesian President Joko Widodo said Indonesia hopes that the summit can be a catalyst for inclusive global economic recovery.

Being responsible means respecting international law as well as the purposes and principles of the UN Charter and creating win-win not zero-sum outcomes, the Indonesian president stressed.

"We should not divide the world into parts," Widodo said, calling on the world to act wisely. 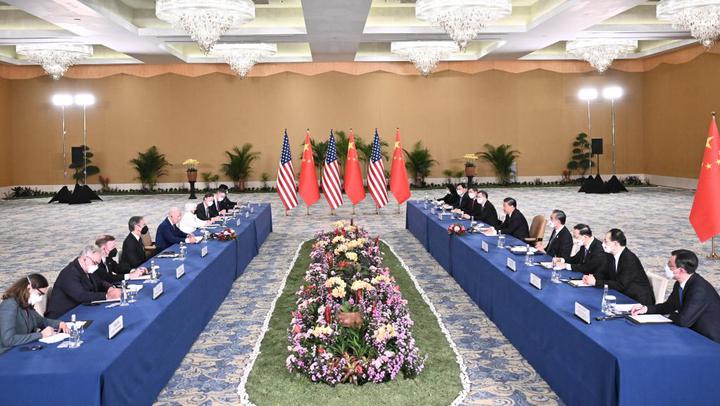 Chinese President Xi Jinping and U.S. President Joe Biden on Monday reached a series of agreements on maintaining bilateral dialogue and coordination in various fields, and exchanged views on the Ukraine issue.

Meeting ahead of the G20 Summit in Indonesia's resort island of Bali, the two presidents agreed that their respective diplomatic teams should maintain strategic communication and conduct regular consultations; their financial teams will continue dialogue and coordination on macroeconomic policies, economic ties and trade; and the two countries will jointly work for the success of the 27th Conference of the Parties to the United Nations Framework Convention on Climate Change.

They also reached common understandings on conducting dialogue and cooperation in public health, agriculture and food security, and agreed to make good use of the China-U.S. joint working group to promote the resolution of more issues. They also agreed that people-to-people exchange is very important, and pledged to encourage the expansion of such exchange in all sectors. On the afternoon of 14 November local time, President Xi Jinping had a meeting with U.S. President Joe Biden in Bali, Indonesia. The two presidents had a candid and in-depth exchange of views on issues of strategic importance in China-U.S. relations and on major global and regional issues.

President Xi pointed out the current state of China-U.S. relations is not in the fundamental interests of the two countries and peoples, and is not what the international community expects. China and the United States need to have a sense of responsibility for history, for the world and for the people, explore the right way to get along with each other in the new era, put the relationship on the right course, and bring it back to the track of healthy and stable growth to the benefit of the two countries and the world as a whole.

President Xi expounded on the 20th National Congress of the Communist Party of China (CPC) and its key outcomes. He pointed out that the domestic and foreign policies of the CPC and the Chinese government are open and transparent, with clearly stated and transparent strategic intentions and great continuity and stability. We are advancing the rejuvenation of the Chinese nation on all fronts through a Chinese path to modernization, basing our efforts on the goal of meeting people’s aspirations for a better life, unswervingly pursuing reform and opening-up, and promoting the building of an open global economy. China remains firm in pursuing an independent foreign policy of peace, always decides its position and attitude based on the merits of issues, and advocates resolving disputes peacefully through dialogue and consultation. China is committed to deepening and expanding global partnerships, safeguarding the international system with the United Nations at its core and the international order underpinned by international law, and building a community with a shared future for mankind. China will stay committed to peaceful development, open development and win-win development, participate in and contribute to global development, and pursue common development with countries across the world. Natasa Pirc Musar, a lawyer, won the second round of Slovenia's presidential election on Sunday and will become its first female head of state, preliminary results showed.

Pirc Musar, 54, won 53.86 percent of votes in the runoff, while her rival, right-wing politician and former foreign minister Andze Logar, won 46.14 percent, according to election commission data based on 99 percent of the votes counted. 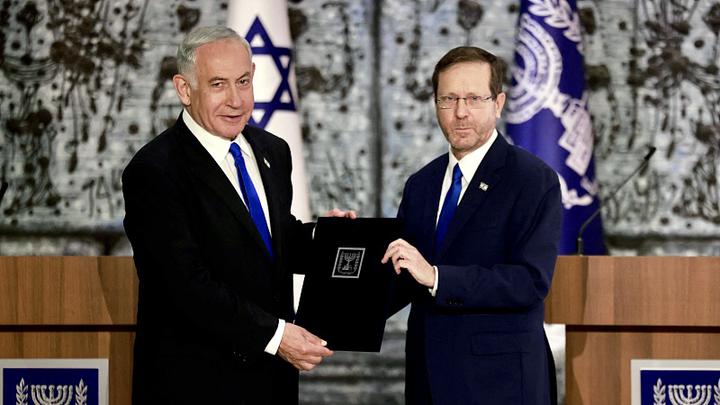 An explosion hit the busy pedestrian Istiklal avenue on the European side of the city at 4:20 p.m. local time (1320 GMT), killing at least six people and wounding 53 others. The Association of Southeast Asian Nations (ASEAN) has agreed in principle to admit Timor-Leste as the group's 11th member, the bloc said in a statement on Friday.

The half-island nation will also be granted observer status at high-level ASEAN meetings, the bloc said after regional leaders met in Phnom Penh to discuss the issue. She made the remarks during her meeting with Indonesian first lady Iriana Joko Widodo on Wednesday afternoon.

Peng spoke highly of Iriana's enthusiasm for public welfare and briefed her about China's active policies and achievements in the treatment and prevention of tuberculosis (TB) and HIV/AIDS. Thousands of Albanian opposition supporters on Saturday protested the country's cost-of-living crisis, blaming it on the center-left government.

Opposition supporters gathered in front of the main government building, shouting that Prime Minister Edi Rama of the ruling Socialist Party should resign.

The protest was mostly peaceful but at the end some broke the police line and sprayed red paint on the main doors of the government building. Others lit candles to memorize two people killed by police in the last years. 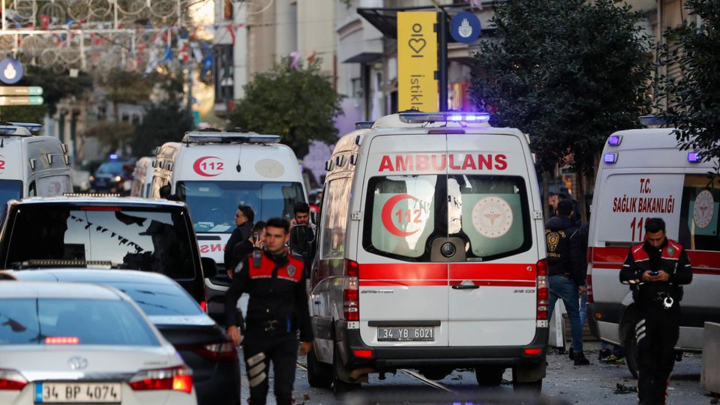 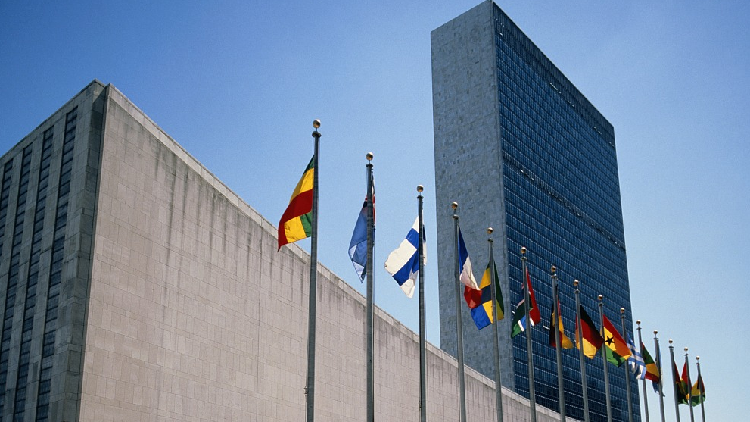 China calls on the international community to strive to seek common ground, create opportunities for cooperation, and play a responsible role in helping to ease tensions in the Russia-Ukraine conflict and resume diplomatic negotiations as soon as possible to mitigate the spillover effects of the crisis, a Chinese envoy said on Wednesday.

Zhang Jun, China's permanent representative to the United Nations (UN), made the remarks at the UN Security Council briefing on the situation of the Russia-Ukraine issue.

Noting that a missile attacked the Polish village of Przewodow near the border with Ukraine and caused an explosion with two dead on Tuesday night, the Russian Defense Ministry denied reports that Russian missiles had hit Polish territory, describing them as a "deliberate provocation aimed at escalating the situation." Biden says COVID-19 in U.S. 'over' even as hundreds die daily

U.S. President Joe Biden said in an interview aired on Sunday that "the pandemic is over," even though the country continues to grapple with coronavirus infections that Every weekend, Asia Pacific Daily will provide you with a run-down of the latest hot news.This week, the following hot news you should know:Top 1 | Denmark says Nord St

Asian markets rallied in early trading on Monday, building on the momentum of gains in the U.S. and Europe at the end of last week, as investors price in the expectatio