What the world can learn from China's fight against COVID-19

Editor's note: Danilo Türk is former President of the Republic of Slovenia, from 2007 to 2012. He is currently a non-resident senior fellow at the Chongyang Institute for Financial Studies at Renmin University of China. The article reflects the author's opinions, and not necessarily the views of CGTN.

A week ago, I was returning to Slovenia from London via Germany and Italy. The whole travel was normal – with, perhaps, fewer passengers at airports than usual.

However, at our final stop at the airport of Trieste (Trst), on the Italian side of the border with Slovenia, we were received by health workers in protective gear, who measured our body temperature.

A few days later it was officially announced that the coronavirus hit Europe in unexpected places in northern Italy. This is no longer a matter of an individual case but a beginning of an epidemic. Stories about the COVID-19 are now dominating the media in Europe.

At the same time, major battles against the virus have been continuing in China. While the war against this outbreak is not yet over, the experience of China has already offered some key lessons for the world. It is now necessary to think clearly and act decisively in each country affected by the virus, as well as at the international level.

This is not the time for media speculation, politicization, and panic. The coronavirus disease is akin to a natural disaster with global effects, requiring serious actions by governments and responsible discussion in the media.

Fortunately, the World Health Organization and global health cooperation can be of help. Their activities are critically important for the world to understand the experiences of China. In the past days, these experiences were explained most eloquently by Dr. Bruce Aylward, team lead of the WHO-China joint mission on COVID-19, who returned from China recently.

Aylward reported that in Wuhan, which was the first place hit by the virus, the peak seems to have been passed and that the disease is in sharp decline. In addition, he conveyed the key messages, important for an understanding of the struggle against the virus in China. They included the main lessons to be internalized by policymakers everywhere in the world when confronted with this decentralized epidemic.

Bruce Aylward, an epidemiologist who led an advance team from the World Health Organization (WHO), speaks at a press briefing at WHO headquarters in Geneva, Switzerland, February 25, 2020. /Xinhua

First, adjust your mindset. It is important to understand that the virus can strike anywhere and soon. This must not lead to panic but to preparedness for a resolute response. When the virus hits, it has to be stopped – and stopped as close as possible to the place where it occurred.

Second, work with the people. People should be prepared for the virus and explained that an organized and disciplined action is absolutely necessary. People should not neglect the basic precautions such as frequent washing of hands and covering coughs.

Experienced epidemiologists know that people behave rationally when they are intellectually and emotionally prepared for the possible outbreaks.

Third, strengthen the capacity of the health centers. Good organization, effective assistance to people showing the symptoms of COVID-19, good organization of separate spaces for patients and ensuring adequate protection gear and equipment for the health workers and health institutions are among the key conditions for successful fighting the virus.

These requirements have been applied in China and represent an experience of global importance. There is little doubt today that China is succeeding. In fact, China may end up coming stronger out of the ordeal.

At the same time, the current stage of the war against the coronavirus disease puts three tests before the political leaders everywhere in the world:

The first test relates to the task to adjust the mindset of the political leaders themselves to the need to act decisively and to lead the people in a manner that strengthens solidarity. The political leaders who like to emphasize their "values-based" policies will have to show their ability to lead in a crisis situation in a manner that actually respects and upholds such basic human values like the right to life and the right to the highest attainable standard of health.

The experience of China should help them to make the right decisions in a timely fashion and to avoid mistakes that usually happen in the early phases of an emergency.

The second test is one of international solidarity. Not all of the countries of the world are prepared to cope with an outbreak like the current COVID-19. There might be a need to help with technical assistance, medical personnel, and equipment. 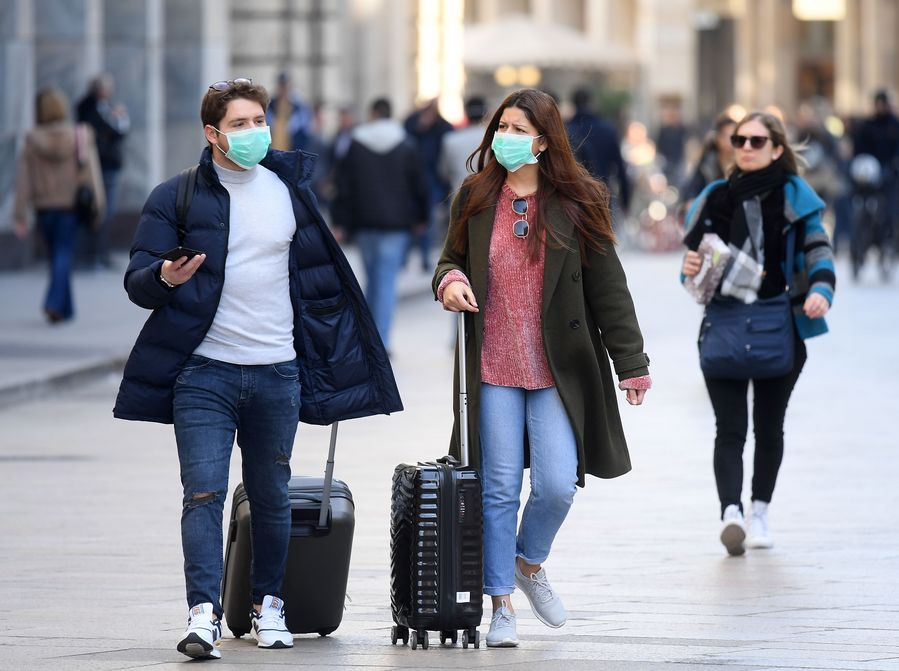 And again, the experience of China and the experience of cooperation between different Chinese provinces could help. Naturally, it is more difficult to organize effective assistance internationally than within a single country – even if that country is as large and diverse as China. But the basic principle of solidarity is the same.

This week the EU has decided to devote significant funds for assistance to countries in the world that need assistance in equipment and personnel. This is a good sign to be followed by effective action – wherever needed.

And the third and final test relates to global cooperation. There is much discussion about multilateralism in the world these days. It should be clear that multilateral cooperation in fighting the coronavirus disease is an important test for the international community as a whole. The World Health Organization is showing the way.

The United Nations is developing its inter-agency, system-wide activation procedures which should help in the current and future emergencies. All member states of the United Nations and all parts of the UN system must be engaged. This is not about public health "only." This is a critical test of multilateralism and of the ability of the world to move towards a shared future – a better future for all.