The real reason ceasefire is not holding in Nagorno-Karabakh

It might be sad to say so, but the Russian-mediated humanitarian ceasefire agreement between Armenia and Azerbaijan, which went into effect on October 10, does not appear to be holding.

The truce has fallen apart largely because the two sides continue to shell each other's military positions, border towns and villages. The two Caucasus rivals have repeatedly accused each other of serious truce violations and crimes against civilians.

Perhaps, they are both to blame for this new mishap, as they have in fact dashed any hopes for future peace talks, and for actually going to have something to work with.

That's bad news not just for the displaced people of Nagorno-Karabakh but for the rest of the Caucasus region, whose governments have urged the two countries to observe the much-needed ceasefire in the disputed territory - in case it becomes a regional war.

Here, the problem is not that Azerbaijan's President Ilham Aliyev has said his country will continue its military operation to free territory in Nagorno-Karabakh. The Azerbaijani army has already captured several military bases and villages in the area, and they insist they will keep them forever come what may.

Nor is it a problem that Armenian Prime Minister Nikol Pashinyan has said only a change in Turkey's stance on the conflict can prompt Azerbaijan to halt further military action in the region.

The real problem, nonetheless, is this - the two sides are still living in the past. They are unable to get over the past, and they both refuse to make painful compromises that are actually based on universal principles and values they share.

Right on cue, Nagorno-Karabakh is internationally recognized as part of the Republic of Azerbaijan, but it has been under Armenia's jurisdiction since the early 1990s. The territory declared independence from Azerbaijan in 1991.

Since then, the two neighbors have been fighting each other over the region.

A ceasefire in 1994 failed to end the struggle. The recent truce also fell flat on its face and paved the way for a renewal of this classic geographical, historical, religious and ethnic conflict.

Defined in these terms, it sounds like little more than simply saying that the two sides are still defending their national identity or national sovereignty in the breakaway region. They both insist on their justification of the current chaos that's based on the most virulent forms of ethnicity, race, militarism, and religion.

But who really is responsible for this misunderstanding and confusion? The politicians who are trying to redefine the term nationalism and make it relevant in the 21st century, or the people who remind the rest of the world of their regional history and nationalism?

Regional history and nationalism have nothing to do with attacking your neighbor. It's not to force your neighbor militarily to respect your national sovereignty and identity. It should be something different.

Both sides are single-minded. They want to show the world they have what it takes to stand for their regional territorial claims. They want to push back on the border agreements of the past and limitless inertia. Their desire to have a beefy and nationalistic reaction to the overreach of the border dispute is understandable, but at what price?

If history is the clue, nationalism has been part and parcel of Armenian and Azerbaijani cultures and identities for generations. Both cultures are distinguished by what makes them different. Their common heritage is actually their difference that incorporates different languages, ethnicities, cultures, and religions.

The biggest problem causing the current misunderstanding and disagreement is their failure to recognize the actual history of Nagorno-Karabakh, which is a combination of Armenian and Azerbaijani cultures. 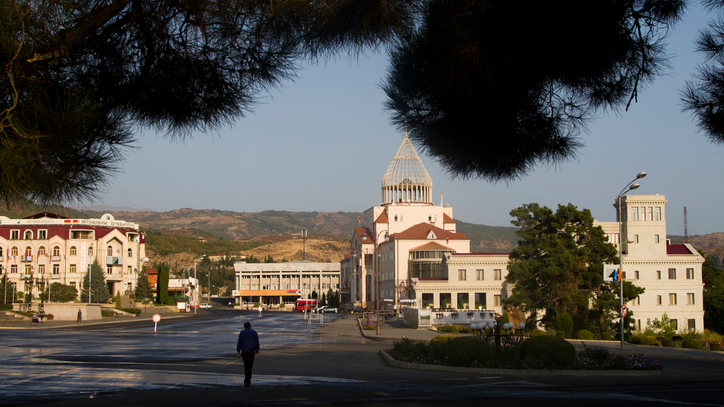 It is wrong to confuse this shared identity and consciousness with militarism and firepower. It has been unfortunately a common historical error for both Armenia and Azerbaijan to equate nationalism and sovereignty with historical belligerence, chaos and distrust, the very same sentiments and hatreds that upset the recent ceasefire and status quo.

It's a concept that captures both the reality and the ambiguity of their claims over the unfortunate territory. But it should also be based on universal principles: the Charter of the United Nations, international law, responsible governance, human rights, peaceful co-existence, checks and balances of territorial claims and agreements, and the crucial role of civil society and institutions in grounding and mediating the two national identities and cultures.

The governments of Armenia and Azerbaijan stand to win if they manage to distinguish these differences and come to believe that universal principles are right and true for all peoples and all cultures, not just for their own people.

That's what would make the Armenian and Azerbaijani values and principles universal. The new round of fighting must ultimately ground them in universal principles and values, not nationalistic sentiments and belligerence, and certainly not a continuation of the conflict.

Indeed, there can be no Nagorno-Karabakh identity without the universal Armenian-Azerbaijani principles. The region's ethnic identity is more than just about a set of ideas confined to a specific geographical location. It is a story that embodies shared lives, relationships and cultural experiences in a shared space and time that is called Armenia and Azerbaijan.

The best way for the two sides to protect this shared greatness and identity is to believe in what made Nagorno-Karabakh great in the first place. It wasn't their language, ethnicity, religion or patriotism.

It was their shared belief system in civil society and representative way of governance that made Nagorno-Karabakh one of the greatest places to live in the history of the Caucasus. That's what made the autonomous territory outstanding.

Armenia and Azerbaijan must continue to do so by accepting that their troubled past is over. No matter how many times they revisit it by violating the border agreement, it should be over.