Historic UK-EU deal on the line

As has become an unsolicited tradition of European Union (EU) negotiations, a proposed post-Brexit deal with the United Kingdom looks to be going down to the wire. As the European Council convenes on October 15, the consequences of "deal" or "no deal" for both parties are brought into sharp focus.

The major remaining obstacles to a deal are fishing rights, state subsidies and oversight of any deal including dispute resolution.

UK Prime Minister Boris Johnson had previously demanded "a significant breakthrough" by the start of the summit on October 15, if a deal is to be secured. The ultimate deadline for a deal ahead of the UK's withdrawal from the transition period on December 31 is the end of October.

The summit has been foreshadowed by the usual warnings aimed at ratcheting up pressure and eliciting concessions. For the UK's part, there appears to be some movement on rules around state aid.

While the UK desires the freedom to act independently of its former EU member states, it had been viewed with some surprise that the issue was contentious to the UK.

Unlike some members, the UK has been highly averse to state aid, indeed some would view the tiny flow of capital from the state into propping up private companies, as putting UK firms at a disadvantage. In the face of COVID-19, government support for national flag carrier airlines is a notable example, with Germany, France and the Netherlands injecting substantial capital into Lufthansa and AirFrance-KLM respectively while the UK government has been much more reluctant to go against its free market principles.

On fishing rights too, the UK appears to be in a stronger position. Were negotiations to fail, the default position would be WTO terms and the restoration of the UK's maritime border. A transgression of that border would lead to the WTO authorizing the UK government to penalize the governments of the transgressing fleets.

Frustrating as it may be to nations relying on UK waters, the best route to protecting EU fishing fleets is a deal. 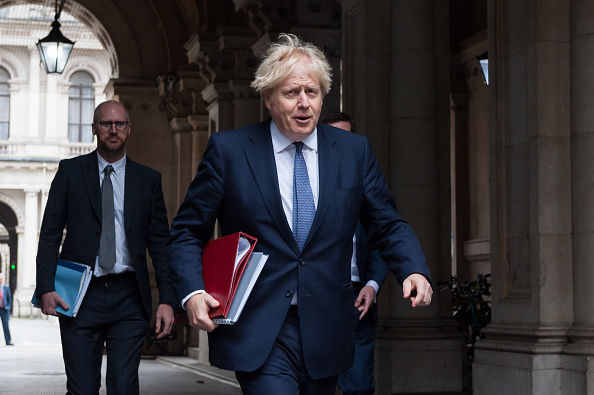 Speaking on behalf of French fisherman to Sky News, Gaetan Delsart declared that in the case of a no-deal "we're going to demand that Belgian fisherman stay in Belgian waters and the Dutch fisherman stay in Dutch waters. If they all come to French waters, already there is nothing left for us to fish, it will be catastrophic for us." Such protectionist moves would be in direct contravention to EU values.

While it is true that the UK is in a stronger position on fishing rights, the fishing question goes to the heart of much of the argument behind Brexit. The fishing industry in the UK is regarded as a blue-collar industry which has paid the price of EU legislation. Waters once regarded as sovereign are now open to EU fisherman, leading to overfishing and a decline in the domestic UK industry. For many anglers, the sovereignty argument of "taking back control" is synonymous with preserving their way of life.

If an agreement on fishing rights is to be secured, it will need to strike a tough balance between allowing for sufficient maritime access to maintain business viability, but sufficient control to address maritime sovereignty issues.

Concerns around fisheries though have a direct impact on more significant trade components of a deal. Service for example is a 225-billion-pound sector which the House of Lords subcommittee on EU Services, highlighted as requiring specific provision. "More than four and a half million jobs depend on this sector." Committee Chair Baroness Donaghy warned, "This sector, and the people who depend on it for their livelihoods, will suffer if its needs are not reflected in the UK's negotiations with the EU." So, when it is explicitly stated that only a small number of points remain, they are all part of a large roster of requirements in play.

Both sides remain optimistic on the possibility of a deal, if not by the 15th, then by the EU's preferred deadline of the end of the month. Neither side is under any illusion though, that the risk of no resolution is extremely high.

The German minister of state for Europe remarked that "No one should play down the risks of a no deal. This would be very bad news for everyone – for the EU and even more so for the United Kingdom in the midst of the most serious economic downturn for decades."

Angela Merkel did concede though that "We also have to take into account the reality; an agreement has to be in the interests of both parties, in British interests as well as the interests of the 27 member European Union."

Many in the UK have long felt that the EU has been a check on UK economic growth and expansion, rather than a vehicle for enhancing it. Come the October 15 though, we can expect to see just how much faith the UK government is willing to place in that belief.

Brexit in limbo: UK says there is no point talking until EU gets serious Oct 15,2020