How the Trump administration is ripping off Taipei with arms sales

It was reported on Tuesday that the White House is looking to approve three separate arm sales to Taiwan. Whilst this is not a new phenomenon, Washington has nonetheless upped the tempo of munitions exports to Taipei in recent months as they have taken a more hard-line stance on China's mainland and espoused fanatical cold war rhetoric against Beijing.

The newest sales reportedly include a truck-based rocket launcher made by Lockheed Martin known as a High Mobility Artillery Rocket System (HIMARS), long-range air-to-ground missiles made by Boeing and external sensor pods for F-16 jets.

China's Foreign Ministry responded to the news by stating "China consistently and firmly opposes U.S. arms sales to Taiwan and has firm resolve in upholding its sovereignty and security."

In pursuit of this, it is arguable that the U.S. is taking Taipei for a ride. While the military-industrial complex is profiting off the island as Washington encourages cross-strait tensions, something which is also done in tandem with presidential elections, in reality no arms sales to Taiwan can feasibly change the shifting balance of power in the area owing to the obvious inclinations of geography and China's rise in capabilities, economic power and resources.

This is a non-starter. The island's authorities risk spending themselves into oblivion without actually improving their strategic position. Therefore, Washington is simply ripping them off.

First of all, it is well documented that American presidents have used arms sales to Taiwan for political gain, electoral plaudits and the benefits of the military-industrial complex.

Bush was fighting for re-election against Bill Clinton and sought to use the sale of 155 F-16 fighters to Taiwan in order to win votes in Texas where the aircraft were manufactured. As U.S.-China ties were more positive at the time, Bush detailed this electoral reason behind the timing of the sale, although it did not change Beijing's objections.

The same thing is happening today. A strong advocate of American jobs and manufacturing, the Trump administration has doubled down on the military-industrial complex and the aggressive pursuit of sales to allied countries.

As a result, while its Taiwan policy is underpinned by a growing anti-China crusade, it is nonetheless buoyed by the financial opportunism of the military-industrial complex that profits from these outcomes.

Many of the firms involved in these sales such as Lockheed Martin have subsequently sought to fund think-tanks who push anti-China policies and promote Taiwan separatism, such as the Centre for Strategic and International Studies (CSIS). 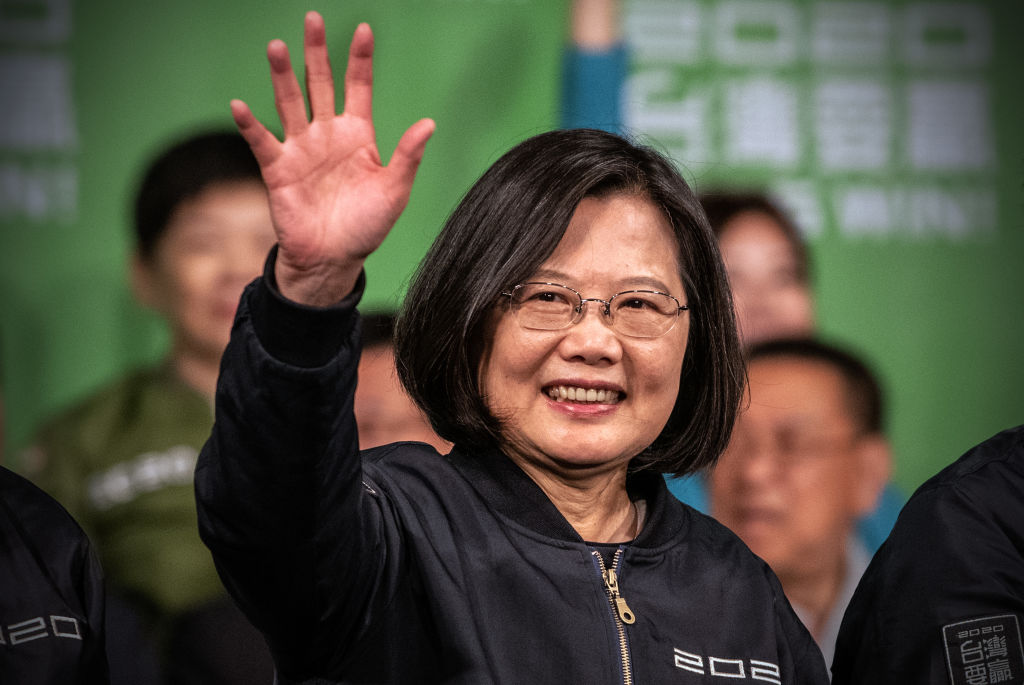 This year is also an election year, and having been humbled by the virus, Trump wants to proclaim wins for American jobs  and it is therefore in his interest to force through more sales.

However, what Taiwan fails to understand is that repeated purchases of expensive American equipment will not actually change the balance of power on the Taiwan Strait or the status quo. It will never have the resources, capacity or geographic privilege to keep up with China's increase in capabilities. All it will do is add to America's coffers at their own expense.

For example, earlier this year the island purchased $63 billion worth of F-16 jets from the U.S, equivalent to 10 percent of its entire GDP.

Yet it changes little. China's very own Chengdu J-10 is already more than a match for the F-16 in terms of capabilities.

While Garver notes that back in 1992 the aircraft was superior to China's arsenal, things have changed and will continue to do so. Given this, while arms sales to Taipei are a political annoyance to China they cannot seriously change the balance of power.

Thus, if an arms race with the mainland continues over the long run, Washington will profit as the island will literally spend itself into oblivion and neglect investing money in other things. It cannot afford to keep up the pace of tensions against Beijing, with scrambling jets alone costing them over $900 million this year.

Therefore, in conclusion, Taiwan is being ripped off by the United States. While arms sales to Taipei have always been a regular occurrence, the Trump administration is using its ultra-protectionist "America First" industrial policy, combined with anti-China militancy, to extort billions out of the island in the sale of weaponry.

The newest sales represent obvious electoral opportunism by the White House, yet the Democratic Progressive Party in Taiwan remains willing to throw everything on the bonfire – from their semiconductor industry to their food standards – to remain in Washington's good books. China dislikes this, but might question what does it change? Nothing.